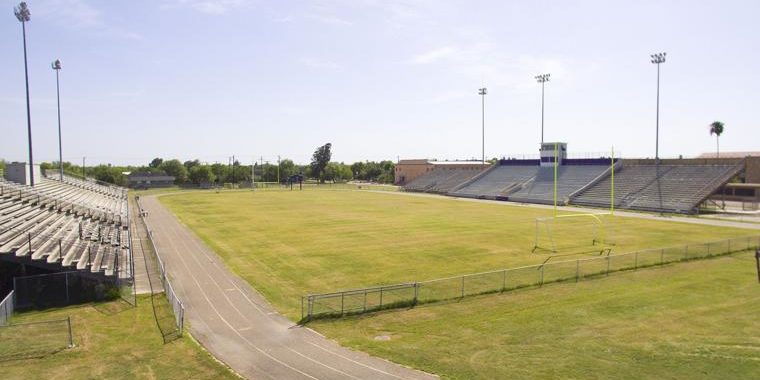 SAN BENITO — A popular San Benito workout spot is making a comeback. And it won’t cost a dime to use.

Starting Monday, the Greyhound stadium track will be open to the public not only in the morning, but also in the evening from 4 to 9 p.m.

Three years ago, evening hour usage by residents was suspended by San Benito CISD because of an increase in incidents of vandalism, damages to the premises and misuse of the facilities.

According to Superintendent of Schools Dr. Nate Carman, the community recently reached out to trustees and district administrators about the possibility of opening the track for outdoor and evening physical fitness activities, such as walking and jogging.

“(We’re) just trying to make it available so that our taxpayers have the opportunity to use what’s available,” Carman said.

The stadium brings great nostalgia and importance into the lives of several San Benito residents.

“I grew up playing on the old hound stadium during middle school and high school. Just to see it finally opening again, it’s good to have the

reconnections from the older generations to the newer generations and be able to use it again,” said Christopher De La Garza, who has lived in San Benito for 34 years.

“It’s the nostalgia of it. So many former players have played there, so many people grew up going there and so it’s nice to go back and visit it again,” De La Garza added.

“I used it every single morning and evening for five years straight. It was vital for the change of healthy living on my new chapter in life,” San Benito businessman Salome Martinez, who lives just around the corner from the track, stated on Facebook in response to a question about the track reopening.

free of damages by throwing away their trash in garbage bins and by not allowing dogs or other pets on the track.

“As long as there’s no added expense to the district, I’m happy to make it available to the public and I’m hopeful that it’s a symbiotic relationship and it goes both ways,” Carman said.

The stadium is scheduled to close during evening hours starting Thursday, Aug. 23 due to the district’s regular use of the facility during the school year. The open use schedule is expected to shift after that.

“I need to look at the game schedule because sometimes we play sub varsity games and junior high games there, so once I’ve done that we’ll post a different schedule for the school year,” Carman said.